What is a 10 PACK SHOWDOWN?

Expereince the TRUE Southwest with "Guns a blazin'!"

Bear comes up with some crazy kewl ideas for picture taking while he provides Segway Tours. Today's group brought a ton of fun and a great moment...Pay close attention to the faces on both sides of the street!

A FIRST TIME EVER Triple Heart!....

Whoooa Cowboy, We are thinning out the Wrong Herd!!

Hmmm....  Would you think it would be a Bad idea to 'Feed wild Animals?' What about a Javelina?
I mean when we go visit Animal Sanctuaries or Zoos are we allowed to feed those animals?
The answer is NO!! ..Absolutely NOT!!
No-one is ever allowed to feed wild Animals whether they're in their own habitats or in habitats that have been created for them. With the exception of those handling their dietary needs or in a setting where the action of feeding is supervised. Things can & do go wrong even in supervised settings.
Ya know why? Because we can't predict what an animal might do?
Just like a Human. (now there's a thought ) You would think that most folks understand this. ..Right?!
No matter how cute they are, understand a wild animal is just that. WILD! They should be appreciated and left alone, period! Here in Sedona & the Verde Valley surrounding areas, we have tons of miraculous wild animals to appreciate and take pictures of.  So now the Arizona Game & Fish Department along with the U.S. Department of Agriculture Wildlife Services have been called to attention and they are now planning to kill all Javelinas within a quarter mile radius of some local residents who were attacked because 'they' missed the memo.


Meet Charlie!
He doesn't know his name is Charlie, well cuz,... Hes a Javelina and doesn't understand our silliness. However, he is a rogue Javelina in our local Jordan Rd. and Orchards area. I'm thinking there is a reason why he is all alone and not in his herd. What do you think??
I know its hard, and yes I know he is absolutely adorable, but Please don't feed Charlie! We appreciate his character & would like to see him left alone. 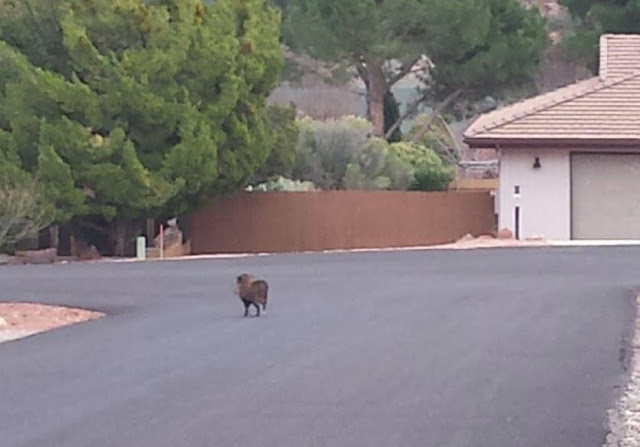 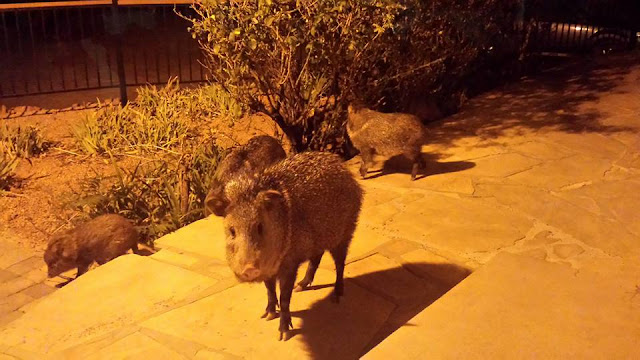 Posted by Sharing The Verde Valley at 7:42 PM No comments: